Social Media as A Tool

Social media has transformed the business world. It has risen in a short time into the most important aspect of digital marketing, which provides enormous benefits as you are able to reach millions of customers worldwide.

If you are hoping to use social media to bring customers or followers to you, you should take some time to plan. Your content should be interesting to your target audience, and you need a channel that will get your audience interacting with you and creating content.

So, ask yourself where your customers are present? What are the ways you will be able to target those said customers? What are your objectives of your social media strategy? What are you hoping to have at the end, for example: more likes to your page, more traffic to your page, visitors to your actual store etc.

But which ones to use, and why? Has someone else already had successes? Will that work for me as well? I believe that you will have to do some research and see what will work for you. There is so much software for many fields such as entertainment, learning/teaching, marketing and many more.

Facebook was my first social media platform that I started to use. Did you know that Facebook is the biggest social media site around with more than two billion people using it every month?

Facebook opened to everyone in fall of 2006, by late 2007 Facebook had 100,000 pages on which companies promoted themselves. I myself joined Facebook in 2007. At that time, I used it for sharing pictures of me and my daughter when I lived in Canada as the rest of my family was in Finland, it was a great way for them all to see at once what was going on in our lives.

2009 is when they first reported of some positive cashflow and in 2010 Facebook was valued as 41 billion. Can you believe that? Facebook’s net worth is now over 500 billion, that amount is so big that my head does not even phantom such a thing…

When looking at examples on companies using Facebook to their advantage, Moster Energy is a good example with over 26 million page likes. They have a very capturing video as the cover photo, which immediately draws you in.

They are mostly known for their sponsorship of extreme sport events and athletes. This page is relying on fan-generated content as their main target group is young males. This makes the videos also very exciting as the sports they sponsor are extreme. They support the scene and athletes and don’t need so much money to spend on expensive ads.

They have also used the other parts such as the events section, links to their Instagram account and Youtube-channel. Impressive.

The Coca-Cola Company Facebook page has little over a million likes. Which is not as much as the energy drink that I just mentioned. Although there is not that much difference between the two, The Coca-Cola Company does inform better of the various other social media channels that they have and links to make it easier to follow them also in other platforms.

What interested me to Coca-Cola Facebook page was that I read somewhere a while back that there were two fans of the company who were not satisfied as there was nothing on Facebook about Coca-Cola, so they decided to make their own page.

What is surprising is that the company decided to not demand the shutdown of the page, but instead decided to work with them to build it. After that, the company has sourced most of their content from fans of all sorts and thus created viral storytelling and is able to know what is currently interesting to their target groups, genius may I say.

Have you seen a good Facebook page that you have been impressed by? I would love to check them out.

There is so much potential on Facebook to reach out to the exact target customer that you want. You can even choose to pay for ads that will find your target customers depending how you are wanting to narrow it: based on specific location, sex, age or their interests, the list is endless.

You can create ad campaigns, join groups, analyze your customers, see which posts are more popular and what is not working. Not to mention them acquiring Instagram and WhatsApp which are used as marketing channels for businesses as well.

Despite me looking at some videos, I have not been so familiar with it or known how to take advantage of it. Youtube is unfamiliar territory for me. So many people that I know, are following and subscribing to channels and people’s video’s they want to see, that it has spiked my interest.

Comparing these same companies on their presence on Youtube…Coca-Cola has little over 3 million subscribers at the moment and Monster Energy has about 2,5 million subscribers. Coca-Cola has multiple different accounts under it, as the ads have to be in the language of the country that they are in, as we have in Finland as well. Where as Monster Energy seems to capture audience with exciting videos with a lot of action.

Youtube seems to be an excellent channel to inform, train and show how things are done. I believe that is why we get those followings on Youtubers and their channels that people end up subscribing to.

I feel that anything that you want to learn to do, you will find a video in Youtube that show you how to do it. I definitely have a lot to learn with this channel…

Social media in the events industry is used to get hype for an event, remind you of what is coming, get you excited about it in advance and to remember the event afterwards and go back to the good feelings it gave you.

If you use it, use it wisely!

No matter what channel you end up using and for what purposes. Always remember the copyright issues and give where credit is due and be aware of the information security.

Do not use it for putting other people or companies down, insulting people, offending your clients or just venting in bad taste. Social media can kill your business and your reputation if used wrong. As things tend to stay somewhere and will usually never go away.

Use social media for good. When used right, it can really have a positive affect on your company by increasing the brand awareness and sales, increase the traffic on your website and improve the rankings on search engines.

Sustain the awesome work !! Lovin’ it!

Passion the website– extremely user pleasant and lots to see!

I just want to mention I’m all new to blogs and certainly savored you’re web site. More than likely I’m want to bookmark your site . You surely have good writings. Appreciate it for sharing your web page.

It’s going to be end of mine day, but before finish I am reading this fantastic paragraph to increase my
experience.007카지노

Truly no matter if someone doesn’t understand after that its up to other viewers that
they will assist, so here it happens.

Hello to every , as I am actually keen of reading this
webpage’s post to be updated on a regular basis.

Woah! I’m really digging the template/theme of this blog.
It’s simple, yet effective. A lot of times it’s very hard to get that “perfect balance” between superb usability and visual appearance.

I must say you have done a amazing job with this. In addition, the blog loads very quick for me on Opera.
Outstanding Blog!

Please let me know if you’re looking for a article writer for your blog.

You have some really great articles and I believe
I would be a good asset. If you ever want to take some of the load
off, I’d really like to write some articles for your
blog in exchange for a link back to mine. Please send
me an e-mail if interested. Many thanks!

Greetings! Very useful advice within this article!
It’s the little changes which will make the biggest changes.
Thanks for sharing!

I do accept as true with all the ideas you’ve presented on your post.
They’re very convincing and will certainly work. Still, the posts are very
brief for beginners. May you please extend them a little from next
time? Thank you for the post. 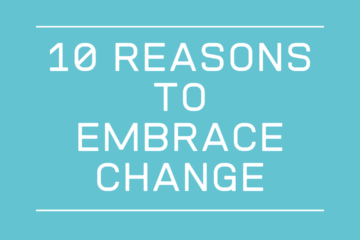 Why you need to embrace change? The bottom line is that if we don’t learn to embrace change, it will affect us negatively in both our personal and professional lives. Here are 10 reasons to Read more… 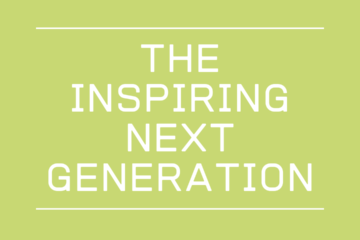 The Inspiring Next Generation

It has unfortunately been a while since I was able to write on the blog due to several big life changes. All positive this time! There are several situations in your life when you have Read more… 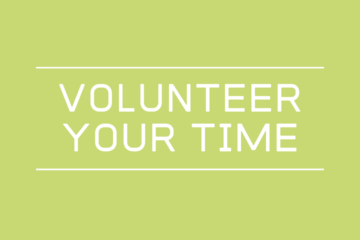 This post will be discussing volunteering and what that can mean. PASSION FOR EVENTS After my first posts, I want to shift the concentration on something else. To my passion for events. Since I was Read more…

This website uses cookies to improve your experience while you navigate through the website. Out of these cookies, the cookies that are categorized as necessary are stored on your browser as they are essential for the working of basic functionalities of the website. We also use third-party cookies that help us analyze and understand how you use this website. These cookies will be stored in your browser only with your consent. You also have the option to opt-out of these cookies. But opting out of some of these cookies may have an effect on your browsing experience.
Necessary Always Enabled
Necessary cookies are absolutely essential for the website to function properly. This category only includes cookies that ensures basic functionalities and security features of the website. These cookies do not store any personal information.
Non-necessary
Any cookies that may not be particularly necessary for the website to function and is used specifically to collect user personal data via analytics, ads, other embedded contents are termed as non-necessary cookies. It is mandatory to procure user consent prior to running these cookies on your website.
SAVE & ACCEPT